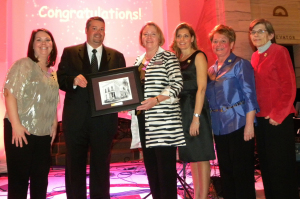 The members of the Junior League of Syracuse dedicate their time, talent, and energy not only to our organization, but to other facets of their professional and volunteer careers. We are pleased to share and celebrate the accomplishments and honors they have received within the community.

The late Sustaining member Amelia Greiner: Memorialized by VNA Health Care at the Eldercare Foundation’s 10th annual “Gift of Age” Cabaret and through the establishment of the Amelia Greiner Lifetime Achievement Award (April 2017)

The Junior League of Syracuse has been promoting voluntarism, developing the potential of women, and improving  Central New York for 100 years and counting. View a glimpse of our history and impact within the greater Syracuse community here.